Be Inspired: The On-the-Water Spots That Sparked Creative Genius 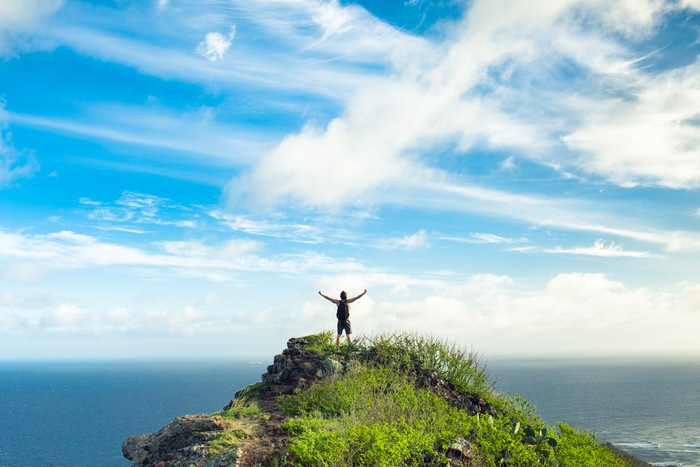 You know how you feel when you find that perfect spot on the water. Whether it’s a cozy cove or an entirely still lake all to yourself, the right vista can be downright inspiring.

So of course, it’s no wonder that some of the all-time artistic greats have used the water to inspire their own endeavors!

From renowned painters to beloved musicians, we’re taking a closer look at some of those creative geniuses and the destinations that inspired them. Read on!

The rocky, dreamlike cliffs off Spain’s northeast coast are as beautiful today as they were in 1931, when famed surrealist painter Salvador Dali created “The Persistence of Memory.” Even if you don’t know the name, you’ve surely seen the image: a dimly-lit coastline with cliffs in the background, noted for the presence of seemingly melting clocks all over the shore. The peculiar painting matches the landscape of Spain’s Cap de Creus, a specific headland where the stony shore extends into the rich, blue, endless horizon. Visiting the place for yourself will give you a better idea of the kind of inspiration Dali no doubt felt all those years ago!

France is renowned as a center of art and culture, so it’s no wonder that another famous painting on our list comes from there! The River Seine is featured in Georges-Pierre Seurat’s “A Sunday Afternoon on the Island of La Grande Jatte,” the famous painting that shows families, pets, and sunbathers admiring the sailboats on the river all the way back in 1884. You can actually visit the spot that likely inspired the painting today, though it might look a little different in reality. First, the painting was done using pointillism, an art style characterized by a series of dots to form a larger overall image. And of course, time and development has made the riverfront spot a little more metropolitan… but the beauty of the Seine itself proves to be timeless.

Who would have thought that the cold, expansive Atlantic Ocean could serve as inspiration for one of the world’s most famous directors? For his renowned film “Titanic,” James Cameron was not only inspired by the ship’s tragic story but by the mystique of the ocean itself. Before production actually began on the film, he actually dove down to the ocean’s depths several times, capturing footage, writing lines, and getting a feel for the ship’s doomed story all the while.

Music, of course, is art as well… and few artists have captured the carefree nature of the water quite like Jimmy Buffet! If you want to get into his laidback, fun-loving mindset, consider taking a trip down to Florida’s Cabbage Key, where Buffet’s famous song “Cheeseburger in Paradise” is said to have been written.

Who knows… maybe you’ll find your own inspiration at these spots, or perhaps a destination that’s all your own! No matter what creative obstacle you’re trying to overcome, hopping on your Chaparral just might be the best way to do it.

Burning Daylight? 7 Ways to Increase Your Time on the Water