The Mystery of the Baltic Sea 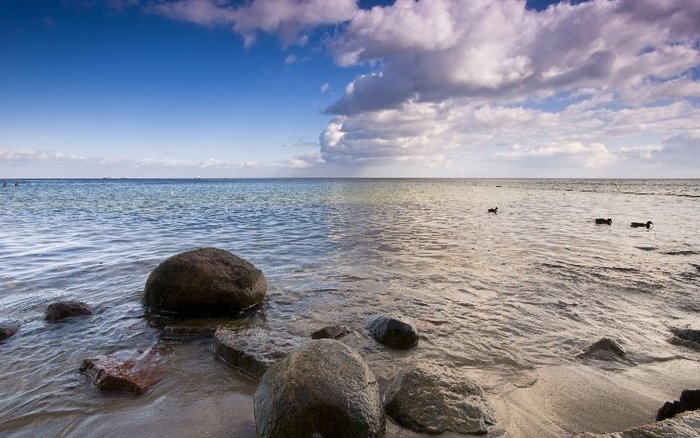 At the bottom of the Baltic Sea lies an anomaly—a large circular object, 200 feet across, undisturbed and unmoved since it was first discovered in 2011.

What is this unfamiliar object doing at the bottom of the ocean—especially, in such cold, isolated surroundings?

It’s a mystery that scientists are still not sure about. In today’s blog, we’re taking a closer look at this unique find—and offering a few ideas as to what it might be!

In 2011, the Ocean X Diving Team from Sweden dove into a northern patch of the Baltic Sea in search of a shipwreck—what they ended up finding, of course, was something much more interesting!

The team stumbled upon a large, metallic-looking object with an appearance similar to that of rough granite. With a thickness of up to 13 feet, and diameter that spans 200 feet, Ocean X was puzzled—what could it be? The fact that the object rested on a pillar-like structure, almost 300 feet below the surface, added to the mystery.

As is the case with all great mysteries—from Stonehenge to the Bermuda Triangle—there are a number of theories as to what the object could be.        They include…

Natural rock, old submarine, or something less terrestrial—what do you think? Let us know below!

Echolocation: How a Biological GPS Helps the Ocean?s Animals