Moby-Dick and A Trip Inspired by Literary Tradition 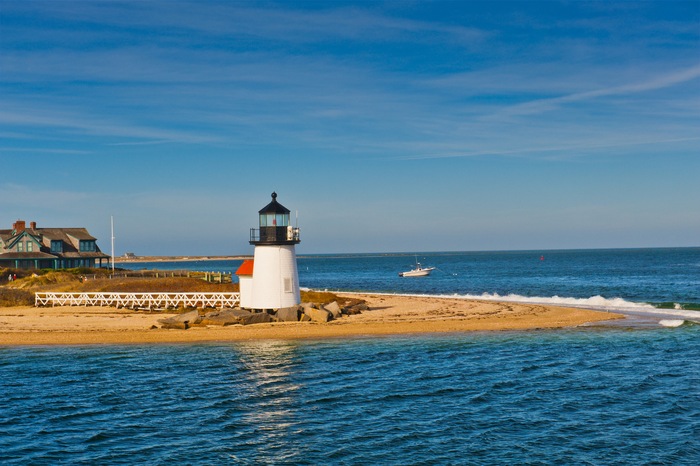 In writing his beloved novel Moby-Dick, Herman Melville didn’t just craft a literary masterpiece—he brought to life a world on the water, a marine journey and a spirit of adventure that boaters and bookworms alike dream about to this day.

There’s a lot packed into the story that can inspire your own journey on the water. Take a look below to see how Melville’s seminal novel relates to your next on-the-water excursion.

Many know the central story—Captain Ahab and company embark on an international journey, his goal being to seek revenge on the whale that took his leg. The voyage takes the Pequod from New England to Africa’s Cape of Good Hope to the wide-open waters of the Equatorial Pacific. Of course, you don’t need to go all that way to enjoy the same kind of seafaring culture that inspired Ahab’s own trip.

The voyage officially starts off at Nantucket, a Massachusetts island whose seagoing, resort-style atmosphere is descended from the area’s thriving past as a whaling center. Its scrub-lined shores and gentle slopes create a picturesque backdrop to your cruise around Nantucket Sound, a waterway that’s been as thoroughly explored by leisure boaters as 19th century whalers (and, of course, literary heroes).

After a day on the water, don’t forget to enjoy the simple pleasures that abound at Nantucket: splashing around or building sandcastles at Surfside Beach being among our favorites!

Of course, you may be wondering where to find that titular whale. Moby-Dick was a sperm whale, which has been spotted in the waters off New England at this time of year. However, the king of the region, the humpback, is the whale most commonly seen in this area. Either way, whale watching from Nantucket or nearby Martha’s Vineyard is a summertime staple that’s easy to enjoy!

Ahab’s pursuit of Moby-Dick, the white whale, has been so influential that it’s even become something of a metaphor in popular culture. Whenever someone is in pursuit of something so crucial (yet ultimately so elusive), it’s often referred to as a white whale.

What’s your “white whale?” Is it a fish that’s proved impossible to catch, maybe, or a destination you’ve dreamed about but have not yet been to? Whatever it may be, we encourage you to seek it out this summer! Your Chaparral can bring you on a journey inspired by one of the greatest stories of the sea—though one that’s sure to be a little more laidback and a lot more fun.

Have A Whale of a Time off the San Juan Islands

Get to Know the Bay State