Get to Know the Bay State 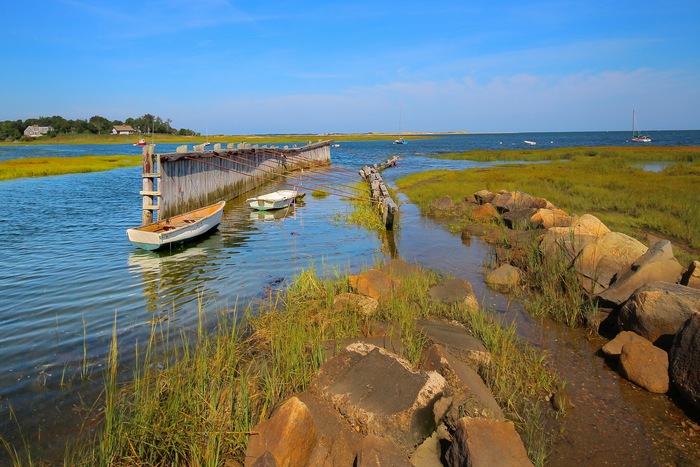 Compared to the largest coastal states like Florida and California, Massachusetts may seem relatively small. But don’t let that fool you!

What it lacks in land area, the Bay State more than makes up for in a series of capes, coves, and bays that lend a charming character to its waterfront destinations. Those bays are what make Massachusetts the prized vacation destination it’s long been known as!

In today’s blog, we’re taking a closer look at some of the state’s most famous bays… each offering its own unique character. Just read on to learn more.

Massachusetts Bay: The Big One

The expansive Massachusetts Bay is a popular offshore destination, but the smaller nooks and crannies that hug the coast are even more enchanting to see up close. The rocky northern end gives way to marshes and prized shorelines further south (closer to Cape Cod), but right at the center marker of this bay sits a destination all its own: Boston Harbor! This stretch of water offers skyline views of the Bay State’s historic and culturally-rich capital, Boston, and is a must-do during your trip here.

Small, charming coastal towns and vacation spots pervade Cape Cod. They overlook the body of water formed by the cape’s famous boot shape! From Sandwich in the west to Provincetown at the eastern tip, this bay is bordered by long stretches of scrubby shoreline where you can unwind after a bustling day on the water. And of course, for those visitors with a knack for history, Plymouth Rock is worth a visit!

Buzzards Bay might be named “Osprey Bay” today if not for a case of mistaken identity. The colonists who settled the area named the bay for what they thought was a large buzzard, but was really more likely an osprey (the shorebird you can still see in the area today!).

Names aside, Buzzards Bay is a beautiful escape located to the south of Cape Cod. Enjoy scenic, uninterrupted vistas of sights like the Bird Island Lighthouse, or venture a little further south past the Elizabeth Islands and get to know another Massachusetts mainstay: Martha’s Vineyard.

What’s your must-visit bay in Massachusetts? Whatever it is, it’s worth visiting on your Chaparral! Plan a visit soon to soak up those beautiful fall vistas, or make it your first stop come the warmth of spring.

Moby-Dick and A Trip Inspired by Literary Tradition

Burning Daylight? 7 Ways to Increase Your Time on the Water

Chaparral?s Guide to Cruising Chesapeake Bay Visiting the Boating Capital of Texas Discovering the Splendor of the Sounds Chaparral's Guide to the 305
©2022 Chaparral Boats, Inc. - all rights reserved.