A Grand Escape on the Rio Grande 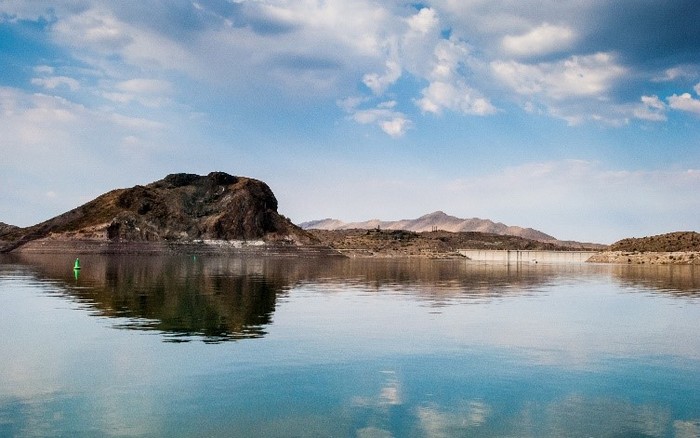 But while Duran Duran’s 80s pop anthem gets that part of it right—the Rio Grande does, indeed, cut through the vast Chihuahuan Desert—the true majesty of the river runs so much deeper. On it, you’ll find scenic stretches of painted, scrub-lined vistas, as well as aquatic oasis that break up the landscape in their cool, sparkling brilliance.

Two in particular—Elephant Butte and Caballo lakes—are especially worth visiting this spring. Located on the river within minutes of one another, these lakes offer boaters a chance to kick back and cruise the day away—or indulge in faster-paced thrills against a scenic desert backdrop.  Read on to learn more.

Exploring the Rio Grande will take you into the Great American West—a center of “cowboy” culture—so it should perhaps come as no surprise that Caballo Lake and the surrounding mountains are named after the Spanish word for “horse.”

You can, in fact, still go horseback riding around the lake—but for many travelers, the real attraction is the star of the show itself, the rich blue waters of Caballo Lake. Its shores are characterized by rolling, rocky landscapes interspersed with flourishes of green desert vegetation—out here, it’s impossible not to feel truly immersed in the Western atmosphere.

The wide open aquatic expanse offers you the chance to go wakeboarding or waterskiing when you’re feeling energetic—and when you’d rather relax, you can’t go wrong with a leisurely cruise around the lake. You’ll be in good company, as boaters from canoe paddlers to sailors come out to enjoy the serene escape. Just don’t forget to look up ahead—bald and golden eagles are known to frequent the area, offering enthusiasts the chance to see a true national icon in action.

Named after a volcanic rock formation that sits at the center of the water—an island in the shape of an elephant—Elephant Butte Lake, located up the river from Caballo, is a prized destination for boaters, anglers, and even accidental archaeologists. That’s right: In 2014, a bachelor party visiting the lake discovered the skull of a prehistoric, elephant-like stegomastodon, spotted in the sand from their vantage point on the water. You never quite know what else you might find…

Of course, if smaller creatures are more your style, there’s plenty to be found on the lake itself: crappie, largemouth bass, walleye and much more are familiar faces here. Cruising around the famous island is another great way to spend your time on the water—it’s an iconic landscape that can’t be missed during your visit.

Who knew such an immersive aquatic escape could be found nestled in the vast, dry Southwest? The secret’s in the Rio Grande – you’ll find that just about anything is possible on this one-of-a-kind river.

Dealer Highlight: Warm Up with Winnipesaukee